New York City Department of Housing Preservation and Development has filed plans for an 8-story residential facility. The 8-story building will be a 115,000 square foot building that is 83 feet tall in Edgemere and in Far Rockaway. The remaining 5,173 square feet of the property will be used for commercial purposes. This residential facility will be in close proximity to the Q22 bus line and the A train. 15 enclosed parking spaces will be added.

Fort Worth Star-Telegram listed Fort Worth American Indian Baptist Mission Church as part of a diverse collection of churches on the North Side in 1994. (Ref: https://www.newspapers.com/newspage/644816286/)

“The area also has a diverse collection of churches including an American Indian Baptist Mission, All Saints Catholic Church, St Demetrios Greek Orthodox Church, and others from denominations such as the Assemblies of God Southern Baptist and Church of Christ. Neighborhood activists say that the near north side is getting better.” 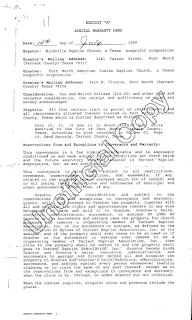 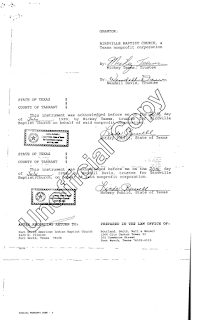 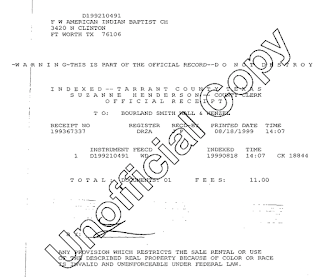 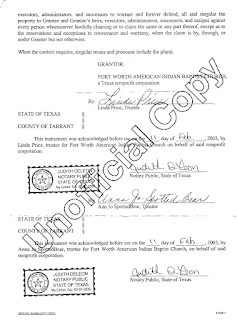 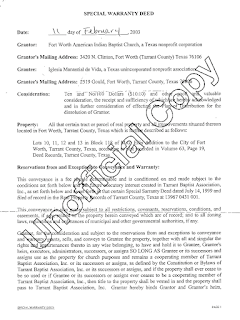 The City of Fort Worth currently owns this property. The property is fenced off by a long black chainlink fence. (Ref: https://www.tad.org/property/00844470/)

Fort Worth American Indian Baptist Mission Church was located at 3403 Clinton Avenue, Fort Worth, Texas, US 76106.

The 2008 album Rukus - Can’t Forget features an eclectic mix of funk, soul, and classic hip hop with the gritty edge that only a Texas artist could provide. This is an album with a purpose.

Everyday is and has proven to be one of the most inspiring songs written for women in the 00s decade. The song charted at #50 in HipHopCritics Top 100 Songs of 2008. Everyday showed off his skills as this is some overall strong work of his.

Can't Forget is one of his many inspirational songs to date. In his own words, the concept at the heart of Can't Forget is "that you can't forget your purpose, where you want to go, and most importantly where you came from." This is a song with a purpose.

I'm The Best is one of those braggadocious tracks on the album. He lets everyone know how and why he is the best. Rukus comes with that 210 flow.

Rise Up is an educational rap track where Rukus takes us through the pages of history to show us we can't get any where if we don't know where we come from. You know the old saying from Irish statesman Edmund Burke, “Those who cannot remember the past are condemned to repeat it.” And the other saying from British statesman Winston Churchill, “Those that fail to learn from history are doomed to repeat it.” Lessons from the past may not always ward off doom, but they can provide insights into the present and even the future. The triumphant sounds from real hip hop are present on this track.

Explaining and exploring the history behind the Hendee Homes in New Orleans, Louisiana.

This news article will cover the history behind one of the lesser known public housing projects owned by Housing Authority of New Orleans (HANO) called Hendee Homes. Only so much history on Hendee Homes has been preserved. Hendee Homes is not as widely known as the Calliope Apartments or St. Thomas Projects.


Hendee Homes was bounded by Hendee Street, Ptolemy Street, Sumner Street, and Bringier Street. Each building belonging to Hendee Homes contained 40 3-bedroom units. Many of the buildings and units of Hendee Homes were built during the late 1960s or early 1970s. (Ref: https://outlet.historicimages.com/products/nob38792) 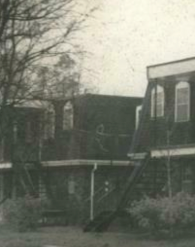 Over the years, Hendee Homes have suffered a series of structural flaws such as holes over steel stairs and premature roofs.

The proposed repair of outside steel stairs by welding plates over holes would not be sufficient to repair some of the stairs. The stairs needed to be replaced. The architect stated changes would be made to correct these structural flaws. (Ref: https://books.google.com/books?id=6VxveB6JTnEC&pg=PA250&lpg=PA250&dq=%22hendee+homes%22&source=bl) 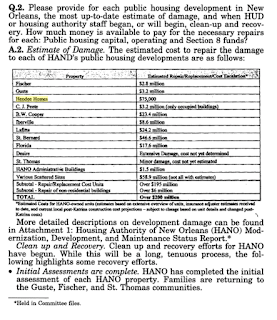 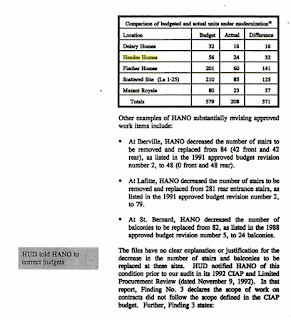 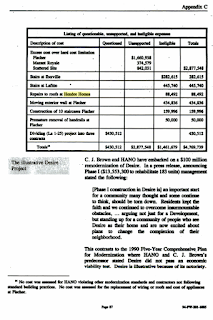 HANO repaired the roofs under a 1987 CIAP project at a cost of $88,492. However HANO realized the roof was replaced prematurely. So HANO subsequently replaced 6 flat roofs with mansard sliding with hip style roofs under the 1990 modernization program. It was decided it would be more cost effective to repair these stairs than to replace them completely. (Ref: https://books.google.com/books?id=6VxveB6JTnEC&pg=PA252&lpg=PA252&dq=%22hendee+homes%22&source=bl) 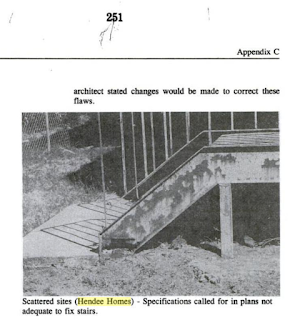 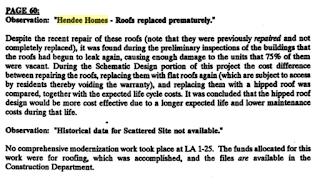 HANO also discovered the kitchen side doors did not meet code standards based on the inspections conducted by the architect. (Ref: https://books.google.com/books?id=6VxveB6JTnEC&pg=PA484&lpg=PA484&dq=%22hendee+homes%22&source=bl) 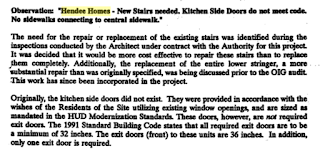 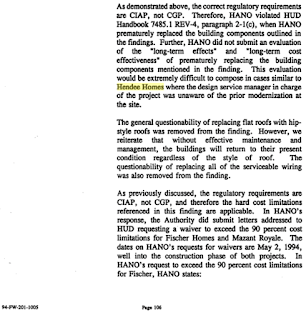 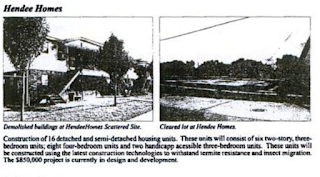 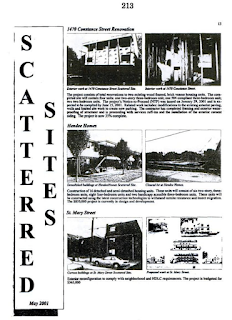 HUD took control of the failing housing authority known as HANO in 2002 to address serious management and financial concerns that plagued the agency for numerous years. These persistent problems led to deterioration of the public housing units, prior to Katrina. HUD’s receiver team had begun, through HUD capital improvement programs, a massive redevelopment effort of the city’s public housing. Some of HANO’s largest public housing developments, including Abundance Square (formerly Desire), River Gardens (formally St. Thomas) Fischer, Florida and Guste, had undergone or were undergoing redevelopment to bring quality public housing back to the city.

Hurricane Katrina did an estimated damage of $75,000 dollars. The lowest amount of replacement cost compared to the other public housing projects owned by HANO which were in the millions. Hendee Homes remained opened because of the low damage cost. (Ref: https://books.google.com/books?id=XQpMbFBF9XQC&pg=PA75&lpg=PA75&dq=%22hendee+homes%22&source=bl)

By  June 14, 2006, there were about a 1,000 residents back in public housing units at Iberville, Guste, Fischer, River Garden (formerly St. Thomas) and Hendee Homes. The plan announced was to accelerate the cleanup and repair of additional units at these developments, which will ultimately mean the Housing Authority of New Orleans (HANO) reopening another 1,000 units by August of that year. (Ref: https://archives.hud.gov/news/2006/pr06-066.cfm) 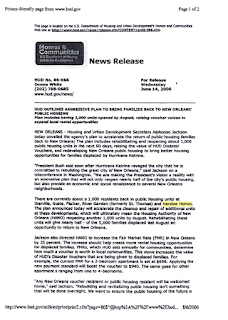 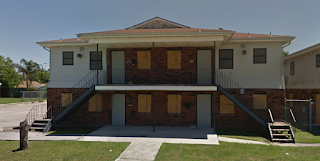 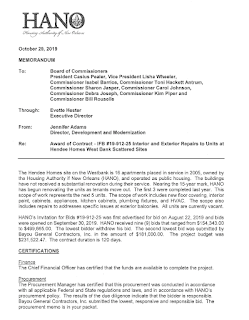 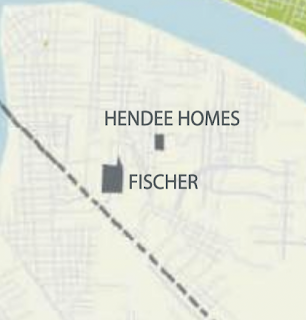 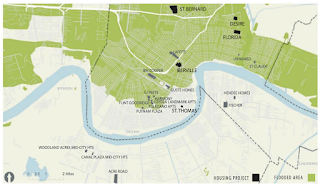 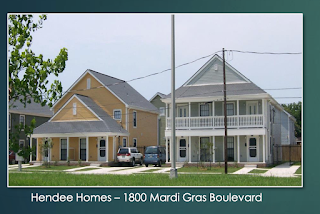 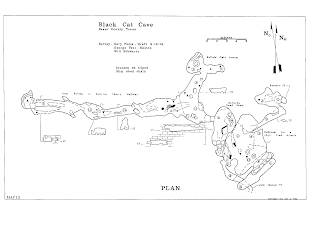 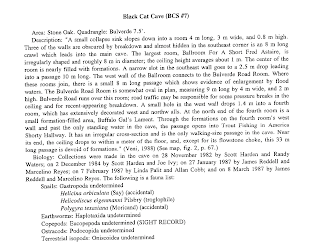 The largest room is irregularly shaped and is 8 meters in diameter. The ceiling reaches to a height of 1 meter. A narrow slot on the southeast wall goes to a 2.5 meter drop leading to a room filled with limestone formations. Road pressure is responsible for breaks in some areas.  There is standing water which comes from a spring. (Ref: https://tpwd.texas.gov/business/grants/wildlife/section-6/docs/invertebrates/e1_j54_final_report.pdf) 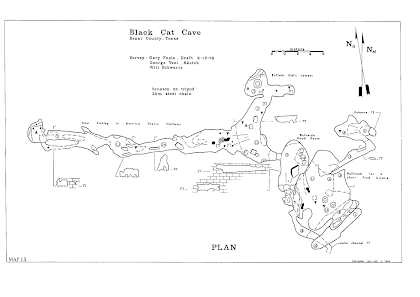 The taxonomy and species of ground beetle known as Rhadine exilis exists inside of Black Cat Cave. Rhadine exilis is known to inhabit Black Cat Cave. Rhadine exilis is considered to be critical habitat. Land use designations and current or planned activities in the subject areas and their possible impacts on the critical habitat. Special management considerations or protections that the features essential to the conservation of the invertebrates (Ref: https://www.govinfo.gov/content/pkg/FR-2011-02-22/pdf/2011-3038.pdf#page=2)

On July 8, 2010, US Fish and Wildlife Service received a petition from Capital Foresight Limited Partnership to revise designated critical habitat for Rhadine exilis. Capital Foresight Limited Partnership alleges that the original specimens collected from Black Cat Cave were never positively identified as R. exilis, another species of Rhadine with a slender body form similar to R. exilis occurs in a cave a short distance from Black Cat Cave that is likely connected by mesocaverns, and that two species of Rhadine with similar body forms have never been documented to occur in the same location. In addition, the petitioner asserts that drinking water is leaking into Black Cat Cave and that the habitat has been highly degraded by the Bulverde Road rending the area no longer suitable for conservation of the species.  (Ref: Federal Register / Vol. 76, No. 35 / Tuesday, February 22, 2011 / Proposed Rules)

A species expert has identified the original specimen collected from Black Cat Cave as R. exilis. The taxonomy and status of the ground beetle previously identified as Rhadine exilis in Black Cat Cave is threatened along with the value of the cave. The Texas Memorial Museum is working with the Carnegie Museum to locate, obtain, and examine the specimens from Black Cat Cave, but this task has not been accomplished to date. (Ref: Krejca and Weckerly 2007, p. 286)

They stated that another species of Rhadine with a slender body form similar to R. exilis occurs in a cave a short distance from Black Cat Cave, which is likely connected by mesocaverns (small, human-inaccessible, interstitial spaces in karst limestone), and that two species of Rhadine with similar body forms have never been documented to occur in the same location. (Ref: https://www.federalregister.gov/documents/2012/02/14/2012-2195/endangered-and-threatened-wildlife-and-plants-designation-of-critical-habitat-for-nine-bexar-county)

This species is known from 49 to 55 caves in Bexar County, Texas. The rank of all nine troglobites listed as endangered in Bexar County (USFWS, 2000) is not based primarily on the number of individuals, known locations or decline (all of which are unknown), but rather on the threats these species are facing. Due to the increased urbanization and population growth in Bexar County, these species are undergoing habitat loss and other threats associated with this urbanization. In addition, the status or continued existence of caves in Bexar County is unknown. (Ref: https://explorer.natureserve.org/Taxon/ELEMENT_GLOBAL.2.117307/Rhadine_exilis)

Drinking water has been not been only alleged but confirmed to be leaking into Black Cat Cave affecting the value of the cave and conservation of the habitat of ground beetle known as Rhadine exilis. (Ref: https://www.govinfo.gov/content/pkg/FR-2011-02-22/pdf/2011-3038.pdf)

According to the Federal Register, Black Cat Cave also is part of the Edwards Aquifer recharge zone. The groundwater drainage basin for Black Cat Cave and Logan's Cave extend beyond the boundaries of the critical habitat area. (Ref: https://www.federalregister.gov/documents/2003/04/08/03-7735/endangered-and-threatened-wildlife-and-plants-designation-of-critical-habitat-for-seven-bexar-county) 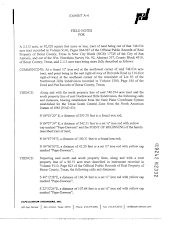 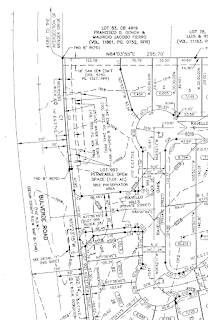 The City of San Antonio modified the cave entrance in 2013 when Bulverde Road was widened. Extreme caution was taken due to the sensitive nature of this karst feature during the widening of Bulverde Road and construction surrounding Black Cat Cave. A buffer zone was instated and left in its natural state with an enclosure provided such that access to Black Cat Cave was strictly prohibited by unauthorized persons. The buffer zone and cave area are controlled by SAWS as a plan was submitted for a buffer zone surrounding Black Cat Cave. A building permit was not released until appropriate signage for Black Cat Cave was in place. (Ref: https://webapp9.sanantonio.gov/FileNetArchive/%7BA1D79109-E01B-4B24-B033-CCFBBAB15F15%7D/%7BA1D79109-E01B-4B24-B033-CCFBBAB15F15%7D.pdf) 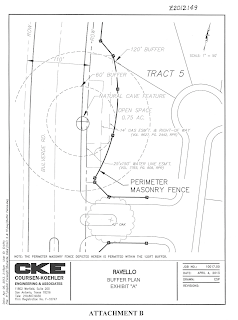 The entrance to Black Cat Cave was located in the cleared area for widening of Bulverde Road. SAWS recommended the road be realigned to protect the cave entrance and the area around the entrance to prevent runoff from the road entering the cave. 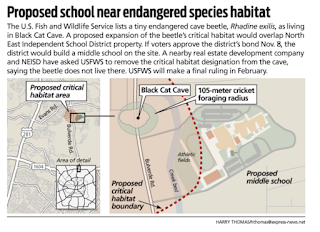 Mixerr Reviews is a local business that operates as an independent news blog from Austin, Texas, US.

Most read articles and reviews of this week from Mixerr Reviews!

Most read articles and reviews of this month from Mixerr Reviews!

Most read articles and reviews of all time from Mixerr Reviews!

Other news websites you should check out!