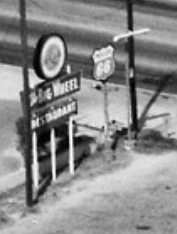 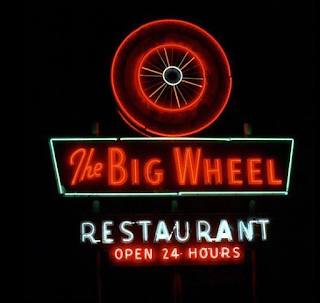 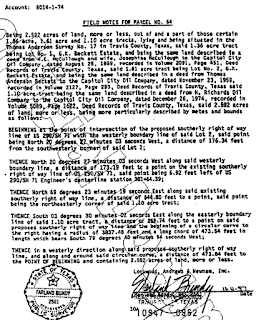 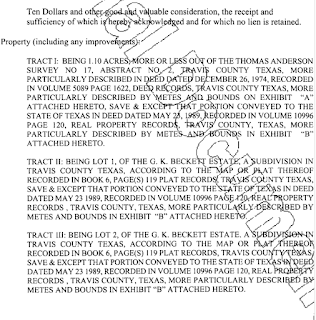 Big Wheel Truck Stop predated Vic’s Restaurant as the truck stop was there first preceding the restaurant. Big Wheel Truck Stop opened in 1959 which was operated and owned by Joyce LaNelle Buckelew & her husband. (Ref: https://www.legacy.com/obituaries/statesman/obituary.aspx?n=joyce-lanelle-buckelew&pid=168364218&fhid=4303)


A gas station was installed during the 1970s and contained up to 11 above-ground petroleum storage tanks. Only 5 remained by the end of the decade. At this time 98% of all customers chain smoked.

For entertainment, Big Wheel Truck Stop had a pinball machine and a jukebox which played country music and oldies. The pinball machine kept children entertained. Their jukebox was popular with many patrons. There were little jukeboxes on each booth table as well!

Vic’s Restaurant was the business that took over Big Wheel Truck Stop sometime in 1985. Vic Zuliani owned and operated Vic’s Restaurant. Vic Zuliani was an incredible Italian cook/chef renown for his cooking. Vic was very much a ‘hands on owner’. He was friendly to everyone that walked through his doors.

In 1992 a 2,900 gallon gasoline and diesel release occurred at the former Big Wheel Truck Stop which was located on the highly sensitive Edwards Aquifer near Williamson Creek. The fate and transport of the contaminants in the aquifer was never fully realized in the subsequent site studies required by the State of Texas. (Ref: https://gsa.confex.com/gsa/2014SC/webprogram/Paper235750.html)


In 2003, TXDot had planned to widen US 290 into a 4-lane highway. Oak Hill residents heavily opposed this expansion plan as the highway right-of-way would require the Oak Hill Strip to be torn down. Residents did not want this to happen. Capitol City Oil Company sold their land to DJB Partners LTD in 2003.

The area where the petroleum spill occurred was backfilled and covered with a concrete slab in 2003. All contaminated soil was excavated and removed.

The buildings were demolished in 2004 for expansion of US 290 (Highway 290). However nothing happened for years as other parts of US 290 were expanded instead. Due to the opposition from Oak Hill residents, the lower part of West William Cannon Drive & US 290 was never expanded into a 4 lane highway as TXDot had planned.

DJB Partners LTD sold the land to Willie M LTD, State of Texas, and City of Austin in 2005. Willie M LTD was named as sole proprietor for the lower half of this property. (Ref: Travis County Public Records, 2005212123)

In 2011, the City of Austin made the land where Big Wheel Truck Stop once was into a parking lot for CapMetro.

Mixerr Reviews is a local business that operates as an independent news blog from Austin, Texas, US.

Most read articles and reviews of this week from Mixerr Reviews!

Most read articles and reviews of this month from Mixerr Reviews!

Most read articles and reviews of all time from Mixerr Reviews!

Other news websites you should check out!